A video from Billie Topa Tate

Reiki is a Tibetan style of hands-on healing, using healing energy and beautiful Reiki Healing Symbols. Reiki is a technique for stress reduction and relaxation that allows anyone to improve health and enhance the quality of life Enjoy our Reiki 1,2,3 Practitioner Level Training.  This is an open to the public training for anyone seeking the benefits of Reiki Healing Energy.

Mention this blog and save $25

Dinner and a Movie | Astral City : A Spiritual Journey

What is a Sweat Lodge Ceremony

The Sweat Lodge is a place of spiritual refuge and mental and physical healing, a place to get answers and guidance by asking spiritual guides, totem helpers, the Creator and Mother Earth for the needed wisdom and power.

Why was the Sweat Lodge created by Native American People?

It was prompted by the influence of European culture with its corrupting effect on native culture. With the introduction of alcohol and the inhumane treatment of native people, the need to re-purify themselves and find their way back to traditional ways of living became evident, as they were becoming increasingly poisoned by European culture. The Sweat Lodge Ceremony was the answer.

What is a Sweat Lodge made up?

The lodge in former times was covered with the hides of buffalo, bear or moose. In this day, the animal skins have been replaced with blankets, plastic sheeting, old carpet, heavy gauge canvas sheets and tarps to retain the heat and the steam.
There are several styles of structures used in different cultures; these include a domed or oblong hut similar to a wickiup, a permanent structure made of wood or stone, or even a simple hole dug into the ground and covered with planks or tree trunks. Stones are typically heated and then water poured over them to create steam. In ceremonial usage, these ritual actions are accompanied by traditional prayers and songs.

Inside the Sweat Lodge Ceremony…

In many traditions the entrance to the sweat lodge faces to the East and the sacred fire pit. This has very significant spiritual value. Each new day for all begins in the East with the rising of Father Sun, the source of life and power, dawn of wisdom, while the fire heating the rocks is the undying light of the world, eternity, and it is a new spiritual beginning day that we seek in the sweat ceremony.

Common to all traditions, and the sweat, is the ideal of spiritual cleanliness. Many sweats start with the participants fasting for an entire day of contemplation in preparation for the sweat while avoiding caffeine, alcohol and other unhealthy substances. Prior to entering the sweat the participants usually smudge with sage, sweetgrass or cedar smoke as a means toward ritual cleanliness.

When all are inside the sweat leader calls upon the doorkeeper to drop the flap covering the lodge opening. The lodge becomes dark, and at this point the lodge leader announces that all are free to leave the lodge at any time if they cannot endure. (If you must leave, speak out “Mitakuye Oyasin,” “All my relatives.” The other participants will move away from the wall so that you may pass behind them as you leave in a clockwise direction.) He then asks for a short, contemplative silence. After the brief silence the flap is raised, and the leader calls upon the fire tender to bring in the heated stones from the sacred fire.

Aglow with the luminance of the red hot stones, the ceremony begins in the lodge. The sweat leader sounds the Water Drum and calls forth the spirit guides in prayer from the Four Directions. The sweat leader then dips water and pours it onto the hot stones in the pit, producing large amounts of steam, usually one dipper for each of the four directions, or until he is told by the spirits to stop. Then he begins his prayers, songs and chants.

The Sedona Weekend Retreat will take place Aug 30 – Sep 1st.  Join Billie Topa Tate and the Native American Elders in ceremony.  A place where the past, present and future come together.

We must always walk the Red Road in a way that honors others’ views and teachings without sacrificing our own. All of these ways are good, none is better or worse than the other.

All sweat lodges are differnt and it’s very important if you partake in a sweat lodge ceremony that it be lend by an official elder of the Native American people so that you are guided in the right ways of the ceremony.

What does Wesak Full Moon mean?

The Wesak full moon is considered the most powerful full moon of the year.  When doing mediation on the Wesak a down pouring of healing energy is given to all those whom are seeking it.  It’s allows for one to have contentment, peace and joy.  Using this divine healing energy that is cultivated in one’s body and spirit all that can be sent to healing Mother Earch.  Wesak is celebrated to commemorate the birth, enlightenment and death of Lord Buddha because according to Buddhists, all the three events took place on the same lunar date.

How does Karma play a positive role in this Wesak Meditation?

While the down pouring of healing energy flows through you at this time you have the opportunity to bless Mother Earth.  By doing this selfless act you are then blessed with contentment and peace within.

Wesak Ceremony is held each year.  Spiritual initiates gather in the presence of the Enlightened Masters to receive the highest dispensations of the light from Buddha. Which is dispensed into the Earth’s body via the Wesak Valley in the Himalayas.

Want to know more about Wesak…

Acts of Kindness during the Wesak

In India, Vesak Day is known as Buddha Purnima. On this day, Buddhists do not eat meat. This is considered an act of compassion towards animals. People are encouraged to perform other acts of kindness such as sharing food with the poor. Some people even set up road stalls providing free, clean drinking water.

Join us for Wesak Meditation and Ceremony on May 14th…

Enjoy the free video below from Billie Topa Tate

What is Emotional Freedom Technique?

EFT or Emotional Freedom Technique is a simple and effect self healing technique that helps to heal unresolved and lingering issues that sabotage or block a person’s personal growth. It is an energy therapy much like that of Acupuncture, Reiki, or Kineslology which uses the energy pathways in the body to balance and reestablish harmony.

What are the benefits of EFT Technique: 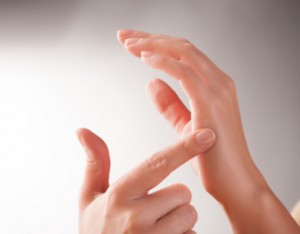 This is an open to the public two day workshop meeting April 17th.  The workshop will begin by presenting EFT’s history, what it can be used for, followed by EFT basics and methods. The hands on portion of the workshop will include learning techniques to relieve stress and anxiety. This will be a wonderful technique to add to our life’s journey.

Inspire a friend to register for this class with you and have a great afternoon.

EFT Training will take place on April 17 Sunday 10am – 2pm 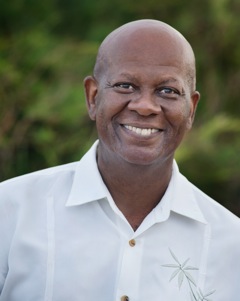